The Fireside has had the pleasure of hosting the Fort Atkinson Area Chamber of Commerce Annual Awards Banquet for as long as any of us can remember and it is always a festive event complete with a cocktail hour for networking at the Lower Bar and The Fireside’s Signature Buffet.  The meeting, held on January 22nd, served as a “changing of the guard” for board members and officers as a new president takes over each year. Ryan Klopcic was just completing his term as president and turned the reins over to Nova Jiongco of Fort’s Crimson Spa and Salon. It is also the night to recognize businesses for milestone anniversaries (including The Fireside’s 55th year of business) and award the Chamber’s Economic Contribution Award, it’s most prestigious honor. The award is given “to that person or organization that has contributed to and promoted the objectives of the Fort Atkinson Area Chamber of Commerce in the area of job growth and retention, capital investment, facility expansion, community involvement, and innovation.”

The 2019 Economic Achievement Award was presented to CBF Investment Company, a partnership of siblings whose family farm paved the way for significant business development on the city’s west side. On the land once home to Crescent Beauty Farms there now sits Fort Atkinson’s high school, three retail malls, a health services building, and two hotels for a total investment of over $10 million. The Hetts Family was also instrumental in the creation of World Dairy Expo in 1967, moving the National Dairy Shrine to Fort Atkinson in the early 1980’s, and many of Wisconsin’s international dairy industry connections. 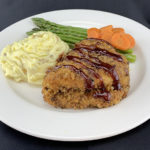