All Season Ticket Packages include preferred show seating, discounts on guest tickets, and flexibility in selecting when to attend. 2020 Season Ticket Packages purchased by November 30, 2019 also include our special Gold Pin Membership which entitles you to save 10% on most Fireside Gift Shop purchases throughout the year and special offers at select Fort Atkinson area hotels and retailers. Click here for complete information on the 2020 Season  Ticket Packages. 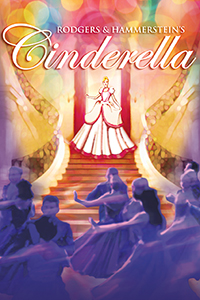 Buy Tickets    seating chart
July 22 – September 5, 2021
Fresh from the success of OKLAHOMA, SOUTH PACIFIC, and THE KING AND I, Broadway’s greatest composing team wrote an original musical comedy – the first of its kind – to be performed live on TV in 1957. It was the most watched program in television history in its original airing starring Julie Andrews. There have since been two more spectacular TV productions over the years starring such greats as Lesley Ann Warren, Ginger Rodgers, Whitney Houston, Whoopi Goldberg, Jason Alexander, and many more. Now you can enjoy this live stage production of Rodgers and Hammerstein’s musical adaptation of one of the world’s most enduring love stories. This is a show designed to delight the child in all of us. Whether you’re eight or eighty you’ll be captivated by its humor, its romance, its beauty, and its great, great music. 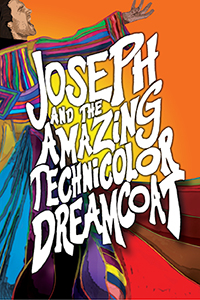 Buy Tickets    seating chart
September 9 – October 24, 2021
From the creators of EVITA and JESUS CHRIST SUPERSTAR comes one of the most popular musicals of the last 50 years. This telling of the biblical story of Joseph and his brothers is filled with great music, costumes, laughter, joy, and heart. Utilizing many different styles of music from pop/rock to country to musical comedy this sparkling show follows young Joseph as he faces adversity and triumphs through his dreams and his strong, unwavering faith. Written by Andrew Lloyd Weber (PHANTOM OF THE OPERA/CATS) and Tim Rice (BEAUTY AND THE BEAST/Disney’s AIDA) JOSEPH includes the unforgettable classics “Any Dream Will Do” and “Close Every Door.” This show has entertained tens of millions of people around the world and is still one of Broadway’s shining stars. 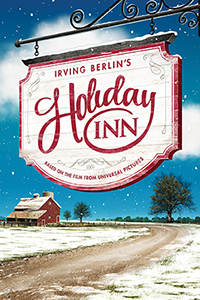 Buy Tickets    seating chart
October 28 – December 23, 2021
Irving Berlin’s HOLIDAY INN tells the story of Jim, who leaves the bright lights of show business behind to settle down on his farmhouse in Connecticut, but life just isn’t the same without a bit of song and dance. Jim’s luck takes a spectacular turn when he meets Linda, a spirited schoolteacher with talent to spare. Together they turn the farmhouse into a fabulous inn with dazzling performances to celebrate each holiday, from Thanksgiving to the Fourth of July. But when Jim’s best friend Ted tries to lure Linda away to be his new dance partner in Hollywood, will Jim be able to salvage his last chance at love? Based on the classic film, this joyous musical features thrilling dance numbers, laugh-out-loud comedy and a parade of hit Irving Berlin songs, including “Blue Skies,” “Easter Parade,” “Steppin’ Out With My Baby,” “Heat Wave,” “White Christmas,” “Be Careful, It’s My Heart,” “Cheek to Cheek,” “Shaking the Blues Away” and many more. It’s a year-round classic to make any holiday sparkle! 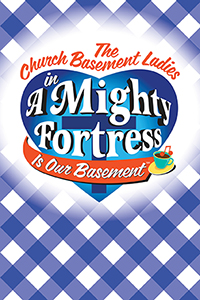 Buy Tickets    seating chart
April 21 – June 5, 2022
In this installment of The Church Basement Ladies series, the year is 1960 and a reformation is underway. Beverly gets her first pair of high heels for confirmation. Mrs. Snustad wins top honors at the County Fair for her Grand Champion pickles. Mavis must find a way to deal with the new Super Highway that cuts through her farm. Karin finds freedom behind the wheel of her husband’s pickup truck. And Pastor has found new love and announces his impending nuptials. Against the changing tide, these “bulwarks never failing” stand strong in their faith and in their friendships with more crazy antics, more great songs, and more lessons reluctantly learned. 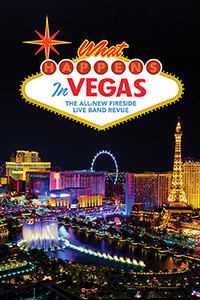 Buy Tickets    seating chart
June 9 – July 24, 2022
For over 70 years Las Vegas has been the entertainment capital of the world. Just about every great entertainer has appeared in Las Vegas over the last seven decades. The world’s best singers, dancers, musicians, and comedians have flocked to this city where dreams become reality. Now The Fireside will pay tribute to many of those legendary performers in an all new live band show featuring Steve Watts and the celebrated Fireside Band. Frank Sinatra, Sammy Davis Jr., Judy Garland, Barry Manilow, Elvis Presley, Celine Dion, Elton John, Garth Brooks, Bette Midler, Cher, Olivia Newton John, Lionel Ritchie, Diana Ross, Tony Bennett, Reba McIntyre, Brooks and Dunn, and Lady Gaga are just a few of the great stars who have dazzled audiences in Las Vegas showrooms. The Fireside will feature the work of some of these great artists and many others in the most spectacular band show yet. What happens in Vegas won’t stay in Vegas. It will be here for all to see on the stage of The Fireside Theatre.

Dinner Theatre Packages do not include sales tax, beverages, or gratuity. Tickets are subject to 5.5% sales tax and a $6.00 facility charge per ticket. Tickets are not refundable.  There will be a $30.00 fee assessed for all returned checks. Dining is required for all performances. All dates, times, prices, and menus are subject to change.